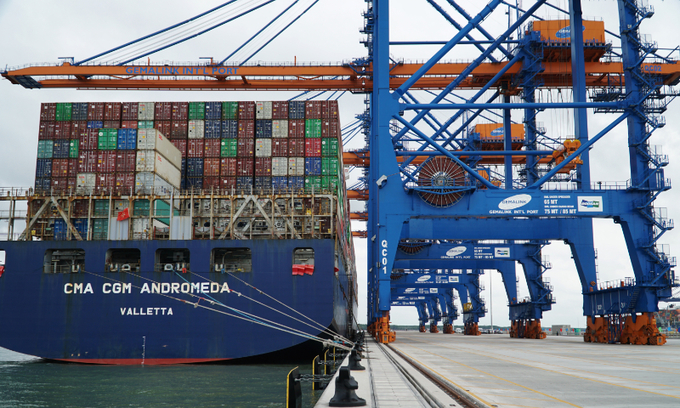 A container ship is seen at Tan Cang Cai Mep Terminal in the southern province of Ba Ria-Vung Tau. Photo by VnExpress/Dang Khoa

Vietnam’s trade could reach a record high of $600 billion in 2021, the Ministry of Industry and Trade has said.

This would be 10 percent higher than last year as against a government target of 4-5 percent, it said.

Vietnam, which has been recording a trade surplus for years, has been suffering a deficit this year as social distancing and travel restrictions imposed to curb the spread of Covid-19 hurt exports.

So the final value would be dependent on curbing Covid-19 and recovering manufacturing and exports, the ministry said.

If there are no more major outbreaks in the remaining months and southern-based companies regain their growth momentum, the deficit could be wiped out and there could even be a surplus, it added.

South Korean electronics giant LG Display in August announced an additional investment of $1.4 billion in its manufacturing facility in Hai Phong this year.