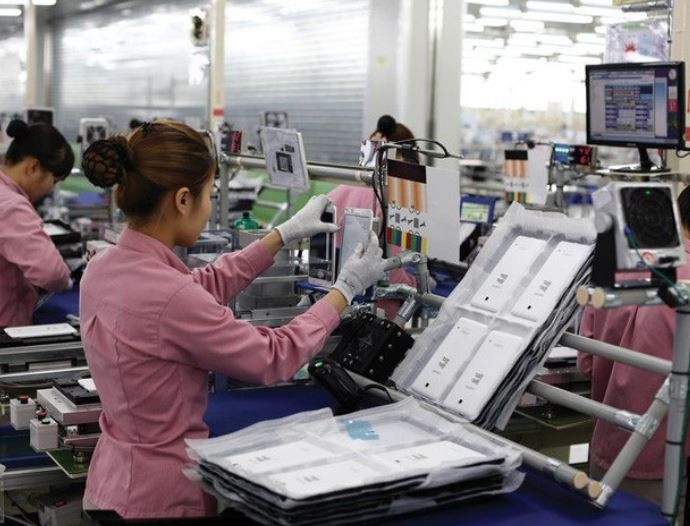 Many localities have posted fairly impressive growth in their export import value compared to the corresponding period in 2020 despite the impacts of the recent COVID-19 reemergence.

The latest statistics from the Vietnam General Department of Customs show that the country raked in $55 billion in total export-import turnover in the first month of 2021, a 48 per cent jump on-year.

Many localities have posted fairly impressive growth in their export import value compared to the corresponding period in 2020 despite the impacts of the recent COVID-19 reemergence.

Leading the list is Ho Chi Minh City which counted $8.9 billion in total export-import value, followed by Bac Ninh with $7.7 billion, Binh Duong with $5 billion, Thai Nguyen with $4.4 billion, and Hanoi with $3.8 billion.

It is noteworthy that Hai Duong province – the epicentre of the current COVID-19 resurgence – posted more than $1.3 billion in total export-import value in January 2021, with export value reaching $754 million and import value surpassing $568 million. Compared to the same period in 2020, its export value jumped nearly 37 per cent and import value picked up about 23 per cent.

This is an impressive performance as Hai Duong needs to ramp up efforts to carry out the dual target of preventing and curing COVID-19, while still ensuring socio-economic development.

Quang Ninh, Lao Cai, and Lang Son (the major export players) have increased business even during the Lunar New Year holiday. For instance, on the first three days of the new year, the Lao Cai International Border Gate’s Customs Bureau had completed customs clearance for 4,000 tonnes of export-import goods valued at more than $2 million.

In Ho Chi Minh City, right on the eve of the Lunar New Year, Saigon New Port Corporation conducted a ceremony to receive goods marking the New Year of the Ox.

The Ministry of Industry and Trade forecast that export business would maintain its growth momentum in February, especially in localities hosting the manufacturing complexes of South Korean tech giant Samsung Group, leveraging the proliferation from January 2021. The exports of handsets and accessories could lift up, capitalising on Samsung’s fresh roll-out of new items such as Samsung Galaxy S21, Samsung Galaxy S21 Plus, and Samsung Galaxy S21 Ultra.