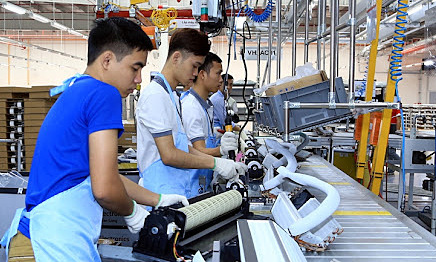 The additional capital will take its total investment to $4.65 billion, making it the largest foreign investor in the northern port city.

The Hai Phong Economic Zone Management Board officially approved the additional investment Tuesday, according to the city’s news portal.

This is LG Display’s second additional investment in the Hai Phong project this year, following $750 million registered in February.

The company said it will increase the monthly production output of plastic OLED screens from 9.6-10.1 million to 13-14 million, raising export revenues by around $6.5 billion a year, increasing its payment to the city’s budget by around $25 million, and creating an extra 10,000 jobs.