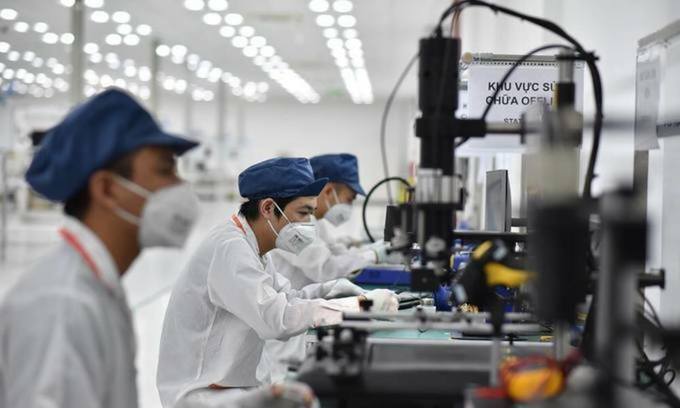 Vietnam’s GDP grew at 5.64 percent in the first half of 2021, according to the General Statistics Office.

The manufacturing and construction sector grew by nearly 9 percent in the first six months, and accounted for 59 percent of the GDP.

Agriculture, aquaculture and forestry growth was 3.8 percent, and the services sector expanded at nearly 4 percent.

Manufacturing grew at 11.4 percent, but mining experienced a 6.6 percent decline due to a drop in crude oil and natural gas production.

In the services sector, transportation and restaurants were hit by the social distancing imposed in several areas to contain the Covid-19 pandemic. The transport and warehousing segment shrank by 0.39 percent, while accommodation and food services contracted by over 5 percent.

GDP growth last year was 2.91 percent last year, the lowest in a decade, but Vietnam was one of the few countries in the world to achieve positive growth.