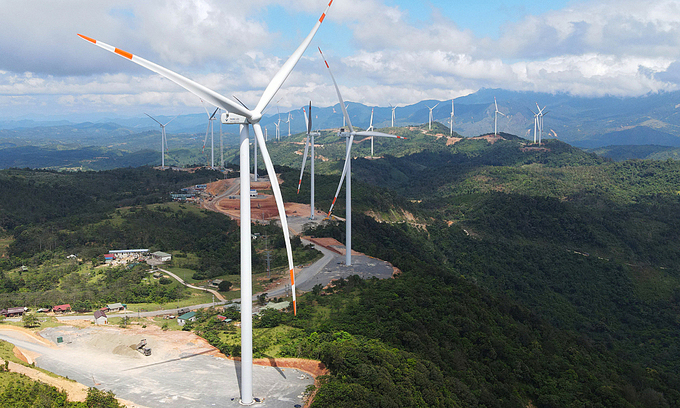 A wind power farm in the central province of Quang Tri. Photo by VnExpress/Hoang Tao

Vietnam has attracted $23.74 billion worth of FDI so far this year, a year-on-year increase of 1.1 percent, according to the Ministry of Planning and Investment.

But there was a 40.6 percent decline to $3.63 billion in spending on mergers and acquisitions.

Some $12.74 billion, or 53.7 percent, went into the processing and manufacturing sector, $5.54 billion into power generation and distribution and the remainder mainly into real estate, wholesale and retail.

Singapore was the largest source of foreign investment with $6.77 billion, followed by South Korea with $4.15 billion and Japan with $3.4 billion.

The southern province of Long An received the biggest share of investment ($3.68 billion), followed by HCMC ($2.73 billion) and the northern city of Hai Phong ($2.72 billion).

Last year, FDI had fallen by 25 percent to $28.5 billion as the Covid-19 pandemic prevented air travel and dampened investor sentiment.